The Seasons of Reno 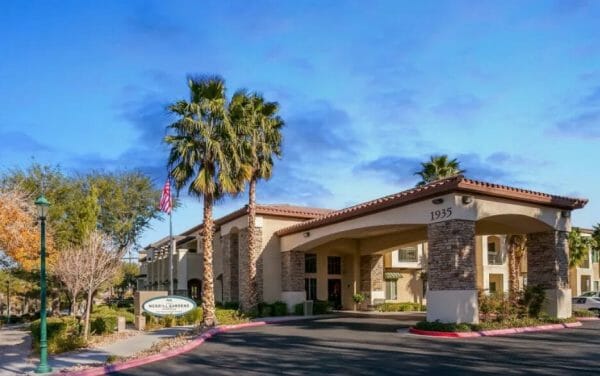 Oakmont of the Lakes

The Bridge at Paradise Valley

What are Assisted Living Communities?

Assisted living communities are not nursing homes. While definitions vary across states, an assisted living community is generally defined as a senior housing residential setting that provides or coordinates personal care services, 24-hour supervision, scheduled and unscheduled assistance, social activities, and some health-related services. Such communities provide a family atmosphere and are designed to accommodate residents’ changing care needs and preferences. They provide or arrange for the provision of daily meals and 24-hour assistance with the activities of daily living to persons living in a group residential community.

Assisted living housing can range from a handful of residents in a single home to hundreds of residents in a community that is comprised of apartment buildings, townhome villas and cottages. Amenities and services can also vary widely, from linen service and housekeeping to movie rooms, chapels, libraries, salons, pubs, billiards, private dining rooms, gyms and pools. Many communities will allow you to bring your own furnishings and in some cases, beloved pets. Personalized assessments upon move-in provide individualized care plans that are revisited regularly and updated as needs change. Some communities are also licensed to provide memory care, for residents with Alzheimer’s or other forms of dementia, featuring separate dining areas with menus catered to residents’ nutritional needs, secure courtyards and a safe, structured environment.

Who is a candidate for Assisted Living?

Seniors who wish to maintain a level of independence but require help performing daily activities may benefit from personal care communities. It may be time to consider a move to assisted living if the following are issues:

What are Activities of Daily Living (ADLs)?

Assisted living communities provide help with daily tasks, such as:

What are the benefits of Assisted Living?

Not only do assisted living communities provide help with ADLs, they can provide:

You can begin your search using our US map above. Our search results include pictures, floor plans, videos, contact information and pricing where available.